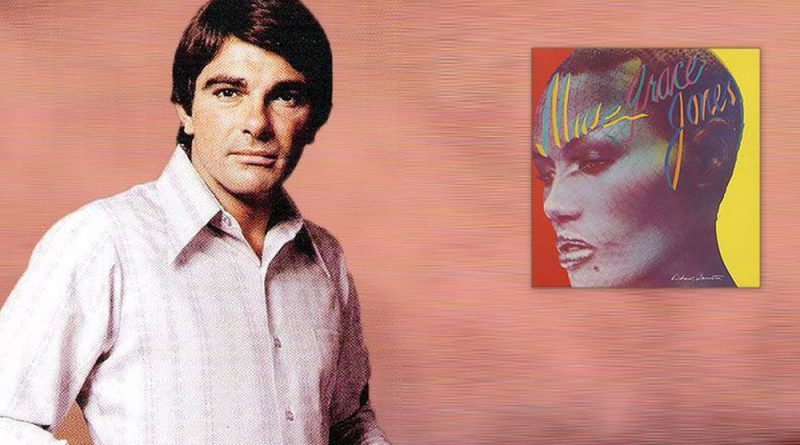 If you’ve ever enjoyed dance music, you’re familiar with the concept of the remix.

It’s so simple: Some producer you’ve never heard of, in a studio you’ve never seen, takes a fun pop tune and stretches it out to five, six, seven minutes. The beats are boosted, the instruments and vocals moved around. Time to hit the dance floor!

But someone must have made the first remix, right? And rather than being lost to history, or impossibly obscure, the inventor of the dance remix is still alive, still mixing, and reasonably famous, at least in the highly specialized world of dance music collectors.

His name is Tom Moulton. And he’s the music revolutionary you’ve never heard of. How did he change the game? Let’s list the ways.

Soul music fan Moulton had spent his teens and twenties in the music industry, but he ended up quitting, frustrated with his job in promotions. “I got fed up with the music business,” he told Wax Poetics magazine in 2011. Thanks to a broken tooth, Moulton lost a sizable amount of weight and was able to spend some time as a model while he figured out his next steps.

But Moulton missed music, and a visit to a Fire Island, N.Y., nightclub in the early 1970s ended up bringing him back to the fold. He noted that the mostly white, gay crowd was dancing energetically to the songs of black musicians, but there was a big problem—the DJ was terrible.

The songs didn’t flow so the dancers couldn’t keep the beat. “Sometimes you got lucky, the songs connected and took it to a whole other level. It made me wonder, what if you could take a song and really extend it so you’d have this mood going up and up and up?” Moulton said.

He left thinking that he could come up with something better. After some 80 hours of work with a reel-to-reel tape machine, razor blades and a bunch of 45 rpm singles, Mouton had created an extended disco mixtape. It became a huge hit with the Fire Island crowds at the Sandpiper club, and Moulton was on his way.

The budding remixer never actually played the DJ in a club, and he spent only a couple of seasons making the tapes. But his eye was already on bigger things.

2. HE INVENTED THE DANCE REMIX.

Moulton had mastered the mix tape. But he was still only using ordinary single mixes, taped from vinyl. He wanted access to the actual multitrack master tapes, and he wanted to extend them.

Moulton hooked up with New York’s Scepter Records and tried his hand on Don Downing’s “Dream World.” It had already been released as a single, but Moulton nearly doubled its original length and added a lengthy instrumental break (more on that later).

He followed up that mix with a similarly transformative take of B.T. Express’s “Do It (‘Til You’re Satisfied).” While the band (according to Moulton) might not have cared for his five-minute-plus mix, that extended version helped drive the song to become a major hit. The original song reached No. 1 on Billboard’s R&B chart and No. 2 on the pop chart.

Moulton never looked back. He started writing a column for Billboard about disco in October 1974, and he remixed songs from a variety of labels, forming an especially notable relationship with Philadelphia International Records, home of R&B legends Kenny Gamble and Leon Huff.

For their part, record companies had never given much thought to DJs and discotheques as being a market for their records. But Moulton helped change that, making the dance floor a critical market for new music.

3. HE CREATED THE FIRST CONTINUOUS LP SIDE OF DISCO MUSIC.

By 1974, Moulton was in such demand that nascent disco diva Gloria Gaynor’s team reached out to him to mix her first album, Never Can Say Goodbye.

He took Gaynor’s three singles (“Honey Bee,” “Never Can Say Goodbye,” and “Reach Out, I’ll Be There”) and blended them together in an 18-minute, epic disco suite. While the producers were sceptical, Moulton held firm. He was also thinking about the realities of those working in discos, too.

“I wanted DJs to be able to go to the bathroom!” he told Wax Poetics. “It may be used in another way, but that’s really true.”

The album charted in the top 30 on the Billboard R&B and Top 200 charts, and Moulton notched yet another breakthrough on his list of firsts.

4. HE INVENTED THE DISCO BREAKDOWN.

It’s a familiar trick now. A song rolls ahead, at full steam, then all of the instruments drop out except for a thudding bass drum. The instruments then come back in, one by one, building to a thrilling climax.

According to Moulton, this innovation was anything but intentional. When he was remixing and lengthening Don Downing’s “Dream World,” Moulton realized that it would modulate—change keys—in an unpleasant way.

He figured he could disguise it by taking all of the instruments out when the change happened and then gradually re-introduce them. The effect caught on and soon became ubiquitous in dance music. (In some of Moulton’s telling’s, this was his second notable remix, after “Do It [‘Til You’re Satisfied]”)

“I get credit for that but it really was done by accident,” he told WGBH-TV, “and it was really done out of necessity.”

The large-format single record was also Moulton’s creation. When pressing an acetate (a demo record) of Al Downing’s “I’ll Be Holding On” for Chess Records executives, the engineer ran out of 7-inch blanks. He ended up pressing the single on a 12-inch record instead.

Moulton didn’t like how the record looked, though—there was an ocean of unused space on the edges. So he asked mastering engineer José Rodriguez to boost the volume and dynamics as much as possible to fill more of the 12-inch record. He ended up creating a better-sounding and louder product, which ended up being the standard for nightclub DJs.

“Of course, when I heard it I almost died,” he told DJhistory.com. “And at that time, there only about seven- or eight-disc jockeys around, and I used to see them on Fridays, and I would give them acetates.”

After catching on at clubs, the 12-inch format was introduced commercially with the song “Ten Percent” by Double Exposure.

Moulton continued innovating for the rest of his career. He produced three albums for Grace Jones in the late 1970s and put out a couple of records under his own name. He also tackled the expansive Motown catalogue, too, proving that he wasn’t limited to thumping disco beats. Moulton once estimated that he’s mixed more than 4000 separate songs, and various record labels have put together boxed set compilations of his work. In recent years, he’s given extensive interviews about his history and philosophy—simply, he puts the song above all else.

And, in 2004 he was inducted with the first class into the Dance Music Hall of Fame along with superstar producer Giorgio Moroder and the Queen of Disco, Donna Summer.

So, next time you’re grooving along to a sprawling, 12-minute remix of your favourite song, remember you have Tom Moulton to thank.