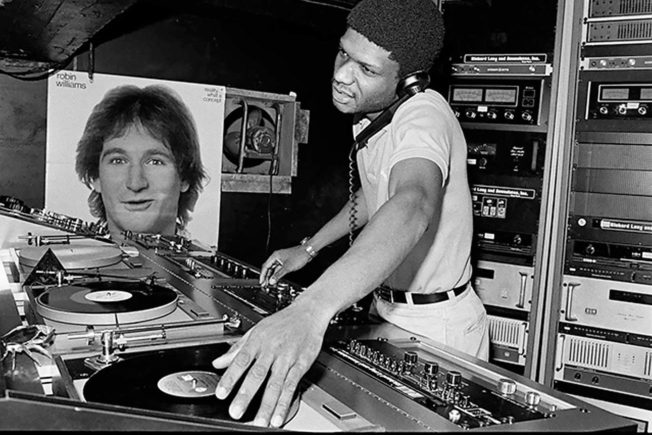 House music is an influential genre of dance music that has become a global phenomenon.

It has been keeping people dancing for decades, spawned subcultures, influenced technology, united people, and propelled music innovation. Stemming from disco, house music has evolved into many genres and subgenres of electronic music. It’s even influenced pop music, hip hop, and other modern music styles. To this day, the cultural impact of house music continues to inspire new generations of fans, music, technology, and innovation.

Let’s explore how this niche underground sound originated and how it became globally recognized as the soundtrack to modern dance music culture.

House music became the first direct descendant of disco in the early 80s. It’s said “house was born from the ashes of Disco” after the launch of an anti-disco movement. Disco emerged in the early 70s as an underground movement born out of the urban gay culture in New York City. Predominantly LGBTQ, African American, and Latino communities popularized underground nightclubs and accelerated dance music culture. These clubs also provided safe havens for partygoers who wanted to escape from social issues and enjoy a euphoric experience away from public scrutiny. Legendary nightclubs such as New York’s “Paradise Garage” and Chicago’s “Warehouse” set the stage for modern club culture and catapulted the club DJ to rock star status.

The popularity of disco declined substantially after “Disco Demolition Night.” The event also triggered a nationwide sentiment against disco. Many still believe the anti-disco movement expressed racism and homophobia. As a result, record sales fell, and the number of disco songs on the Billboard Top 10 went from six to zero in over eight weeks. US record labels had to look elsewhere, and DJs were forced to explore new mixing approaches to create dance music.

Pioneering club DJs in the late 70s explored creative ways to edit, mix, and remix records. They also experimented with innovative techniques to overcome the limitations of the DJ equipment. Many DJs didn’t have basic equipment such as a DJ mixer, headphones, or turntables with varying speeds. It was also during this time DJs merged the roles of DJ, producer, composer, and remixer. For example, Frankie Knuckles, known as the “Godfather of House,” would remix (re-edit) songs using a reel-to-reel tape machine. He would add percussion breaks, rearrange sections, change the tempo, and extend breakdowns or energetic parts of songs. He edited disco classics, funk, soul, electro-pop, and other genres to create mixes more designed to make people dance.

The early 80s was a vital turning point for DJing and music production. Synthesizers, samplers, sequencers, and drum machines became cheaper and more accessible, allowing bedroom producers to emerge. DJs and music producers in Chicago, New York, and Detroit delved deeper into dance music production and embraced these machines. New approaches towards music creation led to a sound which was deeper, rawer, and more designed to make people dance.

Increased access to music technology also continued to drive the conception of new music styles. Around the mid-80s, distinct electronic genres and subgenres emerged. We also heard defining characteristics such as tempo, deeper basslines, arpeggios, arrangement, the style of vocals, recognizable sounds from drum machines and synths, and more. It was also during this time, iconic drum machines like Roland’s TR-808, TR-909, and later the TB 303 gained popularity.

Chicago had a thriving underground dance scene throughout the 80s and DJs were seeking new music to energize the dancefloor. And with the advancement of music technology, more Chicago DJs produced and released original compositions. By the mid-80s, subgenres of house music emerged such as deep house and acid house. Record labels soon noticed the rising popularity of these genres. The most revered of these labels was Chicago’s Trax Records on North Clark Street. This iconic label released pivotal house music records, such as “Move Your Body” by Marshall Jefferson, “Acid Tracks” by Phuture, “Can You Feel It” by Larry Heard, “Your Love” by Frankie Knuckles, and many others.

Chicago house music even inspired various dancing styles. One of the first house dancing styles was “the jack” or “jacking.” This dancing style also left its trace in numerous record titles such as “Time to Jack” by Chip E, “Jack’n the House” by Farley “Jackmaster” Funk, and “Jack Your Body” by Steve “Silk” Hurley.

House music and club culture progressed during the 80s and into the 90s. It quickly spread to Detroit and New York, where new scenes and styles of music were emerging. Record labels in these cities also started focusing more on electronic music designed to make people dance. Even radio stations such as Chicago’s “The Hot Mix 5” were playing house music. By the mid-80s, house music had spread internationally and was one of the most popular genres in Europe.

Many consider the first major success of house music outside the US to be “Love Can’t Turn Around” by Farley “Jackmaster” Funk and Jesse Saunders. The hit song peaked at #10 in the UK singles chart in 1986. A year later in 1987, “Jack Your Body” by Steve “Silk” Hurley reached #1 in the UK charts.

The explosion of house music quickly spread across the globe by the 90s. Different regions developed new music scenes and subcultures. There were even more genres and subgenres of house music emerging. Also, a rise of independent labels started releasing dance music exclusively. Dance music culture was exploding and changing significantly Worldwide.

House music even made its way into the mainstream. Madonna’s 1990 house song “Vogue” topped the US charts and became an international hit. Soon after, other major acts such as Janet Jackson, Paula Abdul, CeCe Peniston, Robin S and many more incorporated house music into their work.

HOUSE MUSIC IS HERE TO STAY

House music is here to stay! This influential style of music continues to evolve and develop through globalization, emerging technology, cross-genre influences, cultural changes, and more.